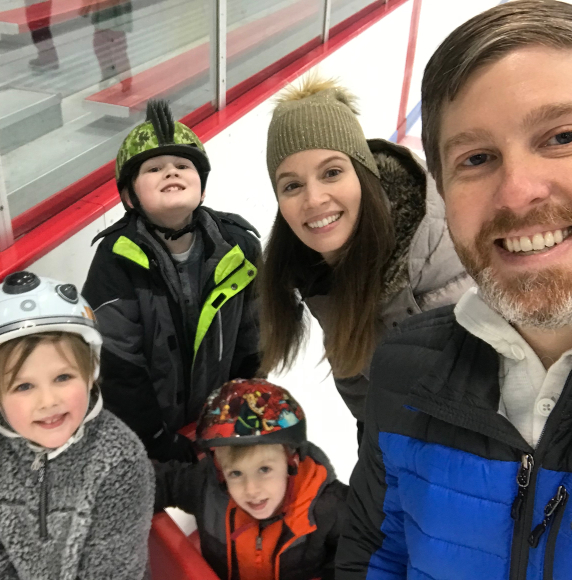 Dr. Ken Krieser is a graduate of Palmer College of Chiropractic in Davenport, IA and has been practicing chiropractic in Lake Country area since 2005.  He grew up in Waukesha and attended Waukesha North High School where he was active in ice hockey, volleyball, marching band and drama. He then attended the University of Wisconsin-Madison where he met his wife Sara and graduated with a Bachelor of Science degree in Zoology (animal biology). While at Palmer, Dr. Ken worked as a dissector for the Anatomy Department and a teaching assistant for the Technique (adjusting methods) Department where Dr. Ken became proficient in a variety of techniques. He ultimately chose to focus on the work of Dr. CS Gonstead.

During his last trimester at Palmer, Dr. Ken was able to intern in Albuquerque, NM under Dr. Michael Rozenblum at one of the most successful Gonstead Chiropractic clinics in the World.

Dr. Ken chose to be a chiropractor after experiencing first-hand how it impacted his own health. As a child growing up in Waukesha, Dr. Ken Krieser, DC was plagued by respiratory infections; averaging 3-5 episodes of bronchitis or pneumonia per year from 3rd-5th grade.  Dr. Ken’s parents decided to take his Grandmother’s advice to see a “Choir-practor”. They took him to see Dr. Robert Hanacik. After a number of treatments/adjustments, Dr. Ken was healthy and did not need antibiotics for respiratory infection anymore.

His wife, Sara, is a native of Rice Lake, WI and works as a pharmacist for Genoa Healthcare. They have three sons; Cameron, Luke and Reed. The Krieser family are members of St. Joan of Arc Parish in Nashotah, where their children attend school. They enjoy traveling, theater, fishing, reading, skiing, bike riding and taking family walks. Dr. Ken is also an avid movie buff.

Rachel lives in Oconomowoc with her husband, Josh.  They have 2 children, Ian and Charlotte. Rachel is an active volunteer at Greenland Elementary School where her children attend. Rachel enjoys spending time with family and friends at hockey games and community events, fairs and festivals